The 460km off-road classic was run over the Queen’s Birthday weekend (June 5-8), starting and finishing in Alice Springs, with an overnight stop between the two legs at the tiny Aboriginal settlement of Aputula (Finke).

Both the Goodyear and Dunlop products were well represented in the epic race with some fantastic results. 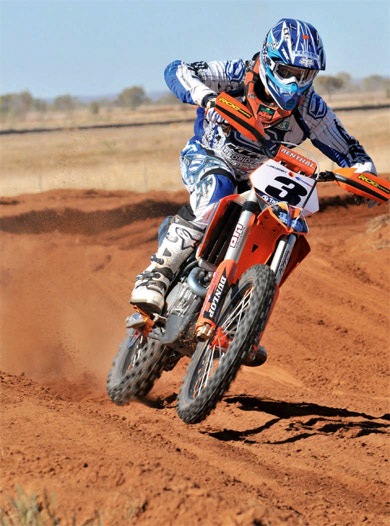 On a high from success at the Hyden 450, Queensland’s Hunter Racing headed for the iconic Finke Desert Race as the next step in their goal of a sixth successive title in the Australian Off-Road Championship.

Unfortunately for the team though, any chance of an event win in the ‘Extreme 4WD’ class went up in smoke on the first leg when leading with just 20km remaining an o-ring in the fuel pump failed ending their day. Like true professionals though, they were able to regather overnight and back up to win the return leg the following day.

“The Finke Desert Race is a terrific event which we’ve been doing since 1998 and we really enjoy it,” said Hunter Racing’s driver Colin Hunter.

“Our car always does well and with the addition of Goodyear’s new Wrangler MTR Kevlars we were in a class of our own up front apart from the 2 cent parts failure in our fuel pump.

“The MTR Kevlar, which is Goodyear’s first off-road tyre built with the toughness of DuPont Kevlar for extra sidewall puncture resistance, gave us more confidence in tackling the demands of driving in extreme off-road conditions.

“We also found noticeably more traction with the new tyres on the car,” Hunter said.

Grabham started the race second after Caleb Auricht set the fastest time in the prologue, but soon took the lead on his Dunlop shod machine and never relinquished it, finishing almost 9 minutes ahead of Williscroft.

“This was my toughest ever Finke Desert Race, and the most rewarding win,” said Grabham.

“Things started well for me at prologue when I qualified second, which is the best result I have ever secured in prologue. This put me on the first minute to take off, and I haven’t done that before either, which gave me extra confidence. It just proved to me how suited the KTM 505 XC-F was for me, and for this race.”

“I won this year’s Finke by a good margin, and secured my third consecutive win for the event and my first win with KTM and Dunlop, I couldn’t be happier!”